We’re husband & wife team Amelia & Dave from Pincher Creek, Alberta, Canada. We love to fly fish, film, and photograph fly fishing. We do so professionally and recreationally, spending 250+ days a year on trout water in Canada, USA, Patagonia, and New Zealand.  We especially love sharing the experiences and knowledge we gain with you - it's why this website exists!

Welcome! We’re Dave & Amelia Jensen. We reside in the small town of Pincher Creek in SW Alberta, Canada after 30+ years fishing central Alberta's brown trout streams. We're 1/2 hr to Waterton-Glacier International Peace Park, 45 minute to the US border, at the edge of the Canadian Rockies and some exceptional trout rivers and streams. Our new home region is a mecca for fly fishing with a dozen solid trout rivers and countless tributaries set against a rocky mountain backdrop.

Home to us, the feeling of connection, fulfillment, joy, and wholeness comes from our life on the water, together. We love sharing these moments with others through capturing moments on our camera. We prefer to be under-stated. We made the decision to live and breathe fly fishing years ago, in 1996 we embarked on our fly fishing career.
Today our seasons are spent on the water filming media for Orvis as hosts of the weekly Master-Class videos, as well as doing media & promotion work for lodges and fly shops.
Each winter since 2005 we've traveled to the S Island of New Zealand to enjoy a second summer of fly fishing and filming. It's our sharing of sight-fishing video work that has seen a wave of following on Instagram the past 3 years. We began our fly fishing careers as guides in 1996 and quickly grew our business based on the sight-fishing and dry fly fishing of central Alberta brown trout streams and the Ram River cutthroat trout. We purchased and operated the remote, helicopter & float plane access Fortress Lake Retreat in 2005, enjoying the 3 to 10lb brookies the lake held.
Our photography and writing had us published in most major fly fishing magazines in North America the late 90s through ownership of our own magazine (Alberta Fishing Guide) in 2013. Since selling the magazine in 2018 we've focused on our social media activity, choosing to share through that media in order to connect with, inspire & encourage other fly fishers.
Dave was originally schooled in Forestry and had a 5 year career with the Alberta Forest Service in central Alberta - his home waters' region. Dave chaired the first Bighorn Wildland Conservation Coaltion 1999 - 2001. We were jointly responsible for leading the lobby to have Alberta's Ram R designated catch & release in 1999; reducing harvest rates on several streams & lakes; lobbied for 20 years to have Alberta's Red Deer River management plan revamped & implemented; was a member of Alberta's Fisheries Round Table committee through its disbanding in 2018; and was instrumental in pursuing the implementation of Alberta's Emergency Trout Stream Closures (Hoot Owl Restrictions). Dave was instrumental in co-developing Alberta's Streamwatch Coalition as a group of anglers across Alberta took on hiring enforcement officers for several trout streams. In New Zealand our media has supported initiatives to stop a dam on a back country stream as well as to support agricultural industry water use changes.

2015 - Present: Ambassadors for Orvis Fly Fishing and Smith Optics
2016 - present  Host & Produce Orvis Master-Class Advanced Tactics Video series
2016 - lobbied to gain verbal commitment from AB Gov Fisheries officials to begin management plans for non-native fish species & populations (brown trout cited feature species). This is open & left unfulfilled for another angler/ lobby to pursue
2017 - Led the fight against Alberta Regional Fisheries Biologists & HQ Policy Dept plans to close several rivers for 5 years based on modeling projections.  North-Central Native Trout Initiative (later deemed "junk science" by an external audit) social media driven & extremely leading to the Dept's agenda survey from 95% to just over 50% as it woke Alberta anglers up to what was happening and what the initiative was based on - junk science. Regional Bio John Tchir point-blank told Dave "You killed the NCNT, your articles gutted it. Watching the survey results was like someone turned on a light switch and not one positive result came after. There's no chance it survives politically". There is opportunity for anglers in Alberta to force the issue here and demand changes to how our Fisheries Mgt System works, who it includes, and to improve communication with the angling public.
2018 - Present: Media Production & Promotion for lodges & guides
2019 Hosted trips to 2 lodges in Argentina via Orvis Travel
2020 On Demand Productions "Rise Art"

We have both been featured as Orvis Trout Bums of the week. Amelia had a great interview with Tom Rosenbauer of Orvis regarding women in fly fishing, what guiding & sight-fishing is really like.

"Orvis has been working with the Jensens for more than 10 years and they always deliver. From detailed field testing feedback, to collaborating on which problems to solve next, they are among our most trusted advisers. They are always willing to go the extra mile when needed. No team in fly fishing has the complete package like Dave and Amelia. Our product has improved thanks to their involvement."  Shawn Combs, Director Product Development/Design – Fish/Hunt
"I wanted to let you know how much we appreciate the video of our new Ultralight Wading boots. Often, at Orvis Guide Rendezvous, because it's new product we are telling stories and repeating feedback through the field-testing phase, but we showed the boots and played the video and people were blown away. Very impactful, thank you both."  Shawn Combs. Director Product Development/Design, The Orvis Company
* We owned and operated a small fly in fly fishing retreat at the incredible brook trout destination of Fortress Lake Retreat, BC for 10 years, being recognized for our hospitality with several Awards & Nominations.

OUR PHILOSOPHY: Fly Fishing is an involved sport. As you progress and target trout found in interesting niche engagements there are subtle details that impact consistency of success. Our job as anglers is to identify, pre-plan, control and execute our actions.

WHAT IS THE VALUE TO YOU?

IT ALL COMES TOGETHER IN OUR COURSES: The value of our videography and experience is to help you. We've captured our course video content in a manner that puts you on the water with us - sharing first-hand what does and doesn’t work. Our courses are designed to improve your confidence in making timely, strategic and consistent decisions on the water. Let's master the chess games of fly fishing together! 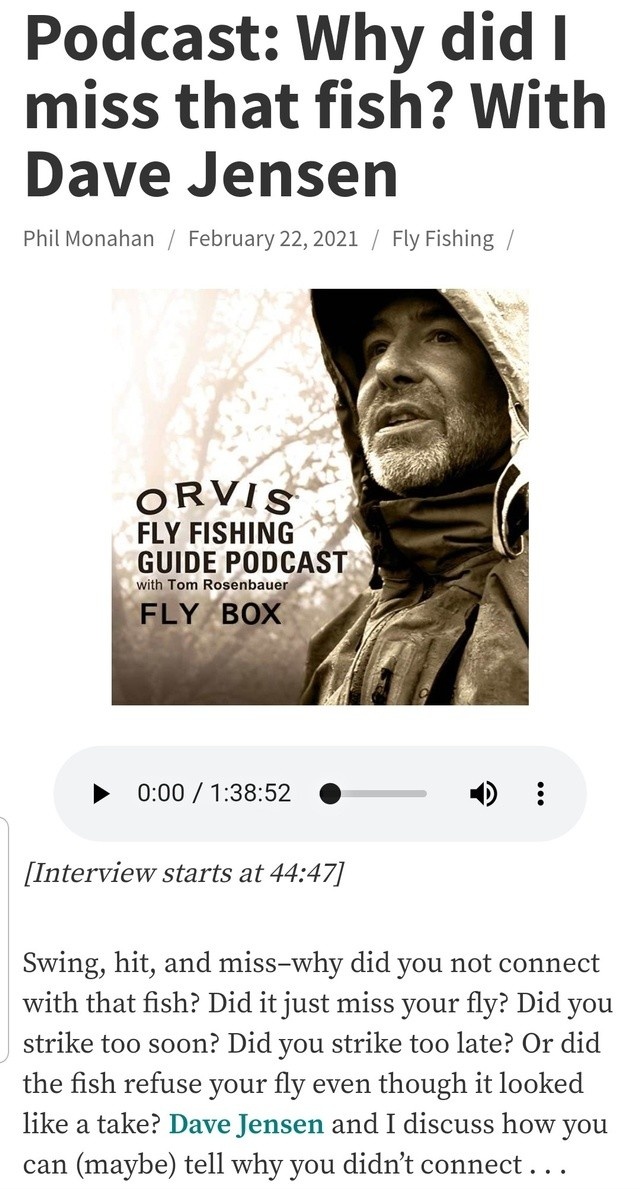 Listen to the Podcast!
Subscribe To Our News & Updates 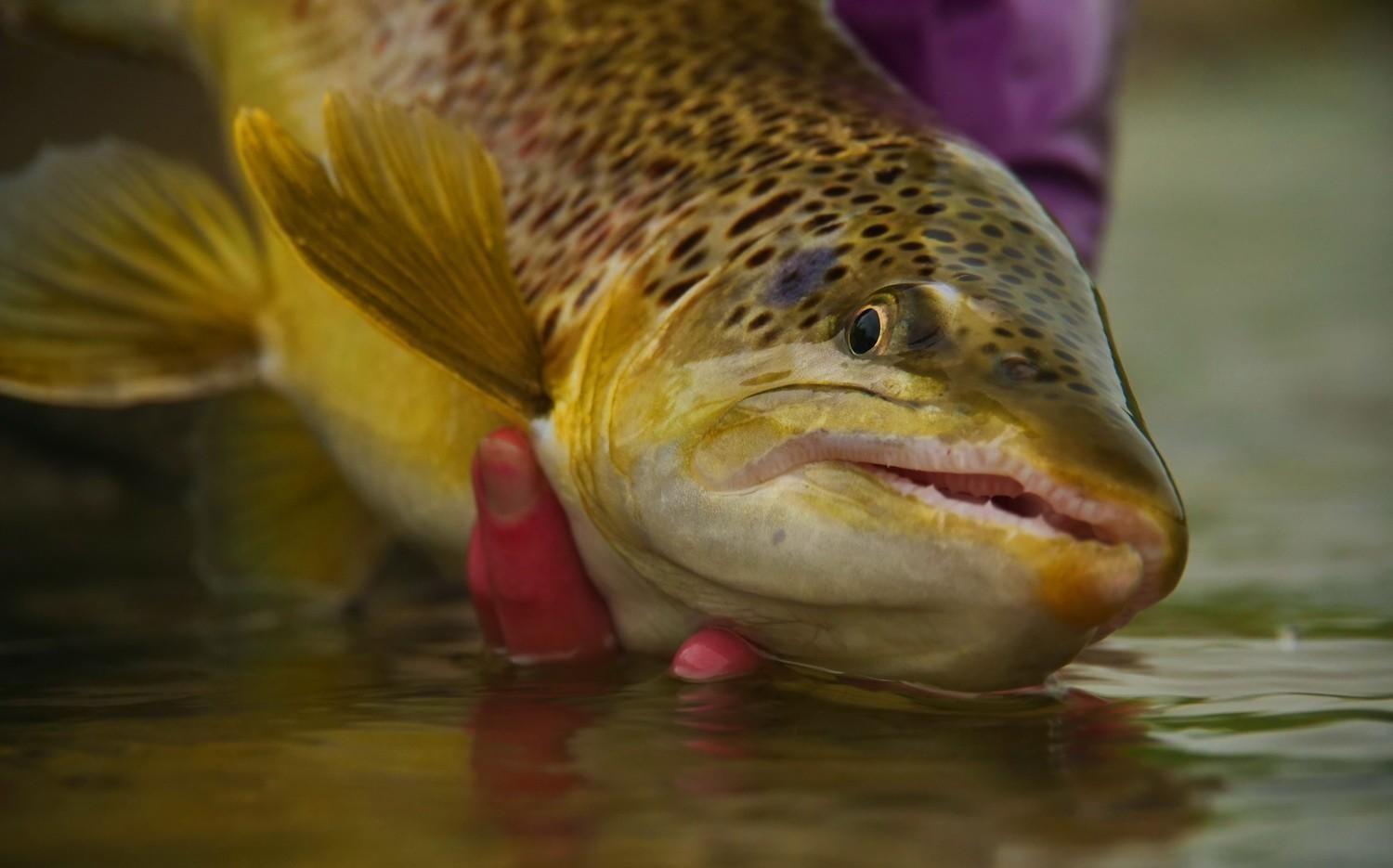